Dr. Mohammed Reza Hakimzade was a great man who established Kahrizak Charity Foundation with great effort. He was certainly one of the geniuses of his time, and expressed his motivation for building the charity center and serving people with disabilities and the elderly for free in his memoirs:

I was the head physician at Fiuzabadi Hospital in 1971 and 1972. I remember some disabled and old patients sleeping at the door of hospital; though I was the head physician of the hospital, I was unable to use my authority and order them to be admitted. If I ordered, other physicians would refuse to admit them for convincing reasons. They were right because those patients could not be cured or admitted for a long time.

I was suffering agony of watching the misery of the people with disabilities and untreatable diseases. I was going to help them in any possible way. Therefore, I decided, regardless of the consequences, to rely on The Able GOD and use the Amin-Dawlah Hospital established by Lady Fakhr-Dawlah, one of the greatest beneficentwomen in Kahrizak region. This hospital was closed for many years for some reasons.

Two or three patients with disabilities who were homeless were hospitalized. I intended to help them, with the help of GOD and beneficent people, and be kept there as much as possible until their death, and I realized it. GOD who is the first helper and supports good deeds helped me. He sent individuals to help and the basics for the founding board was formed; by the grace of GOD Almighty, the hospital was restarted and the service took a new from.

"When He wants, He will give- no one can get it back, GOD willing"

After some time, due to limited settlement place, the construction of a sanatorium was started on 24.07.1973, on the occasion of FatemeZahra's (PBUH) birthday in a land of 28000 square meters donated by deceased Haj Hassan Mohammadi.

Today, Kahrizak CharitySanatorium works with an area of about 420000 square meters and 180000 square meters infrastructureand beautiful buildings with different uses for the people with disabilities, such as workshops, physiotherapy, buildings for MS patients, library, gym, green space and waterfront and etc.

Regarding the need of the society and increasing growth of the urban population, the benefactors decided to establish Kahrizak Charity Sanatorium in the province of Alborz in 200,using the latest scientific, medical, and community-based experience and based on rehabilitation services and the gained knowledge at the Maternal Institute (Kahrizak Charity Sanatorium of Tehran), in the area of 80000 square meters and 60000 square meters infrastructure in 7 specialized complexes.

The elderly, disabled, patients with MS, children with intellectual disabilities and autism receive day care or residential care services in Kahrizak Charity Sanatorium in the province of Alborz.

Many of the existing buildings have been established under the name and finance of the builders.

"This is from the favor of my Lord" 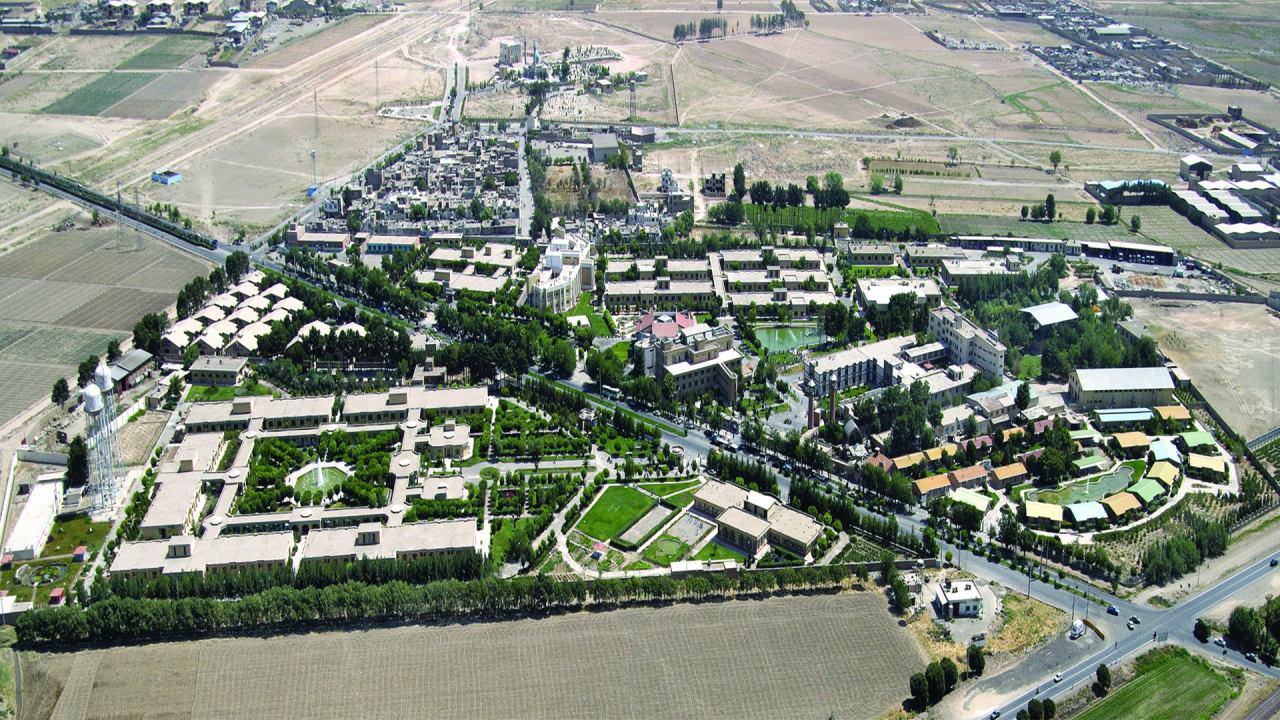